What More Are You Doing Than Others?

What a sobering question.  Jesus asked, "What more are you doing than others" while He was teaching a lesson on the high standard of loving our enemies.  He used the practical workings of the Law of Moses when He said, "eye for an eye..." Mt 5:38 In contrast to that He said, "love your enemies..." Mt 5:44  Wow, love your enemies and pray for those who persecute you.  That makes the question He asked even more sobering!  Remember, Jesus exemplified this teaching when He was on the cross. Lk 23:34  We must follow Jesus and imitate Him.  What should we do more than others, love our enemies and pray for those who persecute you.  This is essential to show our resemblance of our Father who gives to the righteous and unrighteous. Mt 5:45

Some say and think this is impossible for a human to accomplish.  It may be extremely hard, but not impossible.  Jesus makes it possible.  He does so by not just saying it, but by living it.  Paul says a similar thing when he writes the Romans and is instructing them to behave like Christians. Rom 12:17-21

In verse 46, Jesus said that even tax collectors love the ones who love them.  These tax collectors were commonly known for theft.  If a thief can love those who love them what praise is found in this kind of love?  NONE!  Listen to me now, a Christian should have a love that distinguishes them from sinners! Lk 6:32,33  Jesus asked, "What more are you doing than others?"  The answer He is looking for is,  "Loving others like the example you gave, my Lord."  Instead, we are trying to love others, like sinners.  A Christians love should distinguish them from sinners.   I once read about a father teaching his son about being a gentleman and said, "My son, speak kindly to everyone, even those who do not speak kindly to you.  You must remember to show courtesy to others not because they are gentlemen, but because you are one."   Jesus wants us to love, do good for, and lend to our enemies while expecting nothing in return. Lk 6:35  We must love our enemies not because of who they are, but because of who we are, Christians.

This question Jesus asked teaches that Christianity is of little value if it doesn't make us better than those in the world.  At their baptism, a Christian is raised up to walk in the newness of life (Rom 6:3,4) not the oldness of life.  At their baptism, a Christian has buried their old self and put on a new self. Col 3:7-10  This newness of life and new self is harder than memorizing book, chapter, and verse of God's Word.  It is hard to do!  The Pharisees were Law abiding men.  They tithed down to the mustard seed.  All of this wasn't sufficient.  Jesus said, our righteousness must surpass that of the Pharisees. Mt 5:20  If we memorize the entire Bible and give all we got at tithe and offering time but fail to love our enemies we are no different than the world.

Don't be caught up in the trap of being average!  Most people are satisfied when they have accomplished what is considered average.  Jesus didn't call us to be average!  The average was "eye for an eye" but Jesus demands more.  He demands love and not to resist an person who is evil. Mt 5:39  The average was "thou shall not kill"  but Jesus demands more.   He demands us to love our brothers. 1Jn 3:15; 4:20  The average says that "one faith is as good as another" but Jesus says worship can be in vain. Mt 15:9  One more, the average is "drink but don't get drunk" but God's Word says abstain forms of evil. 1Th 5:22  These examples vividly show that Jesus demands that we excel beyond average.  We were not called to be average.  We were called to be Christians!  We are called to follow Jesus' example even in suffering. 1Pe 2:21  Jesus leads us to the Father.  Jesus leads us home. Jn 14:6

Many people receive nicknames because of something they often did, or do, and thus earn a nickname.  You may have a nickname that was earned that has stuck with you for a very long time.  My mother was never really known for her birth name.  If I told someone I was Roberta's son they had no clue who I was talking about, but if I said I was Binky's son they knew exactly who I was talking about.  I always wanted the nickname "cutie" but that never stuck, and I think I know why.  However, the nickname "chatterbox" did stick for awhile and again, I think I know why.

I am a member of the Lord's Church.  I was added to the Christ's Church several years ago.  One of the many nicknames I have been called since then is "water dog."  Yet, you never hear anyone mention the obedience involved in that statement.  Consider some of the Old Testament and New Testament examples.

NAAMAN THE LEPER   2Ki 5:1-14
We read that Naaman was "captain of the army, highly respected, and a leper."    A young Israelite girl was taken captive and served Naaman's wife.  I want you to notice even though this young girl was was a prisoner of war in a foreign land she was not bitter towards her captors.  As a matter of fact, she was concerned about their welfare.  What a lesson we can learn from that young girl! Isa 11:6  I do not know her exact age but it is abundantly evident that she was taught about God and His prophet.  She was not afraid to tell strangers about them.  The Jews were diligent to teach their children the Law of God. Dt 6:1-8  Oh 21st century church, when we will we learn this lesson?  When we stop allowing the world to teach our children what defines marriage, murder, and morals?  Things will not change until we change that!

Don't loose sight of the fact that, as often is the case, a correct report was not made in these verses.  The young Israelite servant told Naaman's wife, she told Naaman, and Naaman told his master that a prophet in Israel could cure Naaman.  The king of Israel received a letter that said, "you may cure him of his leprosy."  This was severely wrong.  We often credit man with the abilities that only God can provide.  Man cannot save you, only God can.  Man will fail you, God will not.  Man will break promises, God will not.  Confusion concerning God and His Word, in this instance, almost started a fight.  It is that very thing, confusion concerning God and His Word, that starts denominationalism today!

So Elisha sets things straight and requests that Naaman be sent to him so the king of Aram would know that a prophet of God was in Israel.  Naaman was told, by a messenger sent be Elisha, to "go and wash" but this made Naaman furious.  He went away mad, still a leper, because he wasn't being healed the way he wanted.  He wanted the prophet to come to him, wave a magic wand, and say something special. Today we want the preacher to lead us in a special prayer and be saved the way we want.  Naaman said, "Are not Abanah and Pharpar, the rivers of Damascus, better than all the waters of Israel? Could I not wash in them and be clean?"  He wanted "Holy Water" to make him clean.  He wanted to be dabbed instead of immersed.  He wanted it  to be poured over him without entering the water.  He wanted to be healed and saved his own way but it doesn't work that way, my friends!  Listen to me, he was unable to see any connection between the act commanded and the result of obedience to the command that would be attained!  He knew there was no cleansing power in the water of the dirty Jordan river, and he was right!  The power that heals was what was behind the water, and that power is God.  The power of our baptism today is not in the water, but what is behind the water, and that is the likeness of the death, burial, and resurrection of Jesus the Christ.  How many people have their own idea as to how God should save them today?  Many are willing and waiting to be saved as soon as God adopts their method of saving.  Surely, no one thinks the dirty water of the Jordan healed Naaman.  If so, the Jordan would have people of all kinds of diseases in it 24 hours a day!  No, God healed Naaman, but not until he completely obeyed, regardless if he saw the full purpose of immersion into that water!

I am not crying, "water salvation" by any means.  I am crying, "obedient salvation."  Jesus commanded baptism.  Mt 28:18-19; Mk 16:16  Like Naaman, you may not be able to see how baptism can have any connection with salvation, but if you truly desire salvation, you will obey Jesus' command, trust in God's promise, and rejoice in being immersed.  Take note that Peter says repentance must precede baptism. Acts 2:37-38  Philip says belief must precede baptism. Acts 8:35-38  Luke writes that faithfulness, even in struggles, must follow baptism. Acts 14:21-22

JESUS AND THE BLIND MAN   John 9
This is a man who was born blind.  Jesus spat on the ground, made clay by combining  the two, and applied it to the blind man's eyes.  He the said, "Go and wash in the pool of Siloam."  There is no doubt that this is an almost unheard of procedure.  I am glad because I don't want you making clay with your spit and smearing it on my face!  As far as I can tell, Jesus didn't indicate what the result would be when the blind man washed the clay off his eyes.   Jesus didn't say if anything would even happen.  He simply gave the commands "go" and "wash."  If Jesus did give him a promise it is unrecorded, but all we know is that the blind man had a spirit of obedience!  The blind man obeyed and came back seeing.  I am not crying "water salvation" or "spit and dirt salvation."  I am crying "obedient salvation."  Notice how the man explained what happened, "He applied clay on my eyes, and I washed, and I see."  The Pharisees never for even a second thought the clay or water did the healing. The man who was born blind knew the clay and the water did not do the healing.  The man said, "He opened my eyes."

Jesus says "...he that believes and is baptized shall be saved..."  Every who knows as much as the Pharisees and the blind man knows that the saving agent is not the water but the power comes from the power and authority behind the one giving the commands "go" and "wash."

We show our confidence in our doctor be following his directions, even if we don't understand how the treatment will work.  Jesus is our physician. Mt 9:10-12
We show our confidence in Him when we follow His directions to heal us from sin, even if we don't understand how the treatment will work.  When we decide to set aside some of His directions as "unnecessary" and only follow those that we choose we show more confidence in ourselves than is our physician, Jesus the Christ.  We are trying to take our healing in our own hands.  A person shows confidence in his leader by his unquestioning obedience.  God requires whole hearted compliance with His will. Heb 5:8-9   No one questions that Jesus is the author of salvation.  The previous verses show that salvation is offered to those who are obedient.  You may ask, "Who are the obedient?"  Those who do God's will! Mt 7:21; 12:50 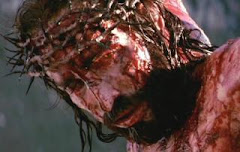